What are the risks of trading?

Or copy this link

When trading the financial markets, the potential for profits more often than not overshadow the risks associated with it. It is therefore not surprising that most traders are unprepared for the losses they might incur, regardless of the assets or the markets that they trade. In the financial markets, there are many types of risks involved, some of which are outlined below.

Undiversified or systemic risk is a type of risk which influences the entire markets as a whole. Such types of risks are hard to avoid and difficult to predict, especially when the market turns for whatever reason. Undiversified risk is one of the main reasons why many investment managers and traders make use of a more diversified approach to trading such that the influences in one particular market will not influence the other. Think of undiversified risk as putting all your eggs in one basket. An example of undiversified risk is the hotel and/or travel industry. During economic downturns when consumers are less than willing to spend their money and instead prefer to save - travel and the hotel industry often takes a hit. Due to lower volumes in clients, the broad downturn in the hotel or travel industry means that all stocks in this sector tend to fall strongly. For those who are heavily invested in this sector, they would have to either bear the brunt of the losses or use some hedging strategies to offset such risks. In the currency markets, undiversified risks can be based on the exposure to a currency. For example, having long positions across the USD currency pairs could mean that in the event of a downturn or some unspecified event which sends the US Dollar plunging, you are left with big losses, which could have been better managed if you had both long and short positions on the US Dollar through different currency pairs.

Specific risk, or unsystematic risk as the name describes pertains to an individual asset. Such types of risks are better managed based on your exposure to those markets in question. Specific risk is more common to the futures or stock markets and is somewhat similar to the undiversified risk but is specific to just one or a few stocks than the whole sector. 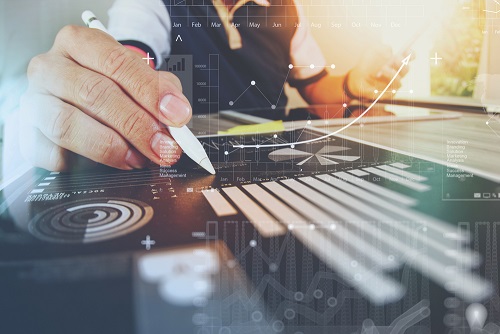 For example if you had a long position in a Coffee futures contract and a report released showed a bumper crop and more favorable season for plantation, prices in Coffee tend to fall as the report signals more supply than expected. The risk here applies to just the Coffee contracts and not the futures markets as a whole.

This is similar to the credit default risk but has much wider implications affecting not just the bond markets but also the respective economy's currency and its stock markets, as well as affecting its trading partners. Sovereign risk is also predictable thanks to the market participants and the credit rating agencies keeping a close eye. When a sovereign risk occurs, the bond market falls with the yields sky rocketing while at the same time depreciating the value of the country's currency and affecting the currency and markets of a country’s closely related trading partners. Examples of sovereign risk include Argentina and Mexico which defaulted on their loans back in the 1970's pushing their respective currencies to record lows.

Inflation risk deals with the uncertainty on the future value of the investment. Rising inflation often undermines the returns that you expect from your investment as prices in consumer goods start to rise higher, the purchasing power starts to fall. Inflation risks are mostly associated with longer term investing such as stocks and treasuries.

Black swan events are the most dreaded risks that can catch investors and traders unaware. These events are hard to predict, are rare but do occur. Black swan event is a metaphor which describes an event which is surprising and has a major effect on the markets at large. The term was made popular by Nassim Taleb and comes with significant implications. Example Black Swan events for the currency markets include the January 2015’s announcement by the Swiss national bank that they were removing the floor on the EURCHF. This led to the Swiss Franc appreciating strongly in a matter of minutes with EURCHF falling -18.0% in a single day. Or the USDJPY rally in March 2011 which saw a coordinated attempted by G7 central bankers to intervene in the currency markets to stabilize the Yen on account of the massive earthquake that shook Japan.

The above risks outline the fact that financial markets by default come with a risk, in one form or another. As a trader, it is your duty to ensure that the risks you face in the markets can be managed, by means of only risking a certain portion of your trading equity and by ensuring that you make use of stop losses in order to limit a trade from going bad to worse.

This article is available only to alvexo plus members, register now, and get 7 days of free membership.

Congratulations,
You are a Member!

Your Alvexo plus membership is free only for one week, to extend the membership you need to deposit funds into your account and trade with alvexo

You're Membership is expired!

Your Alvexo plus membership is expired, to extend the membership and your financial knowledge you need to deposit funds into your account and trade with alvexo

An in-depth perspective on how you can use Forex trading signals as part of your overall strategy.

Learn how political statements affect the currency market and utilize your newfound knowledge in your trading strategy.

How to Trade Gold

Learn about the factors that influence the supply and demand of Gold and how to incorporate them into your trading plan.

How to Read Candlestick Charts

Learn to read Line, Bar and Candlestick charts, and identify Downtrends and Uptrends.